As you may know, last month I attended a gathering of like minded individuals called Hero Camp. During the Hero Camp discussions, I kept reflecting on how school mirrors society and schools are a laboratory for life’s lessons. In particular, school campus provides us the microcosm of “evil”, played out as bullying, versus “good”, which manifests in those students who take a stand against bullying. 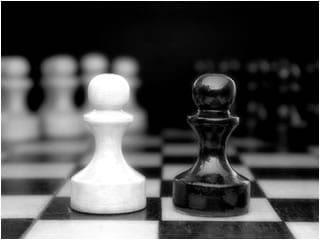 First, allow me to give you a little background on the Hero Camp. I didn’t know fully what I was getting myself into but found the concept of “Hero Camp” intriguing. The gathering was based on Phil Zimbardo’s work and his research on good and evil. His most recent book is called, The Lucifer Effect

, and its central theme is an exploration of how good people can turn evil.

Professor Zimbardo is perhaps best known for his early research project called the “Stanford Prison Experiment” where he studied well adjusted typical college students’ reaction and coping skills exhibited in the prison setting in which 1/2 the students’ were guards and 1/2 were prisoners.

You may remember the experiment had to be called off less than a week into the experiment due to the cruelty of the guards and resulting mental instability of the prisoners.

One observing or reading about the experiment would have to admit the good students, given the right circumstances, turned evil. Likewise in the not too distant past, most Americans can remember the Abu Ghraib prisoner abuses in Iraq. When faced with what most people would consider undesirable and un-American behavior at Abu Ghraib, I pause and wonder with my retired principal and teacher hat if there is anything we – “school educators” – should have and could be doing to instruct students to consider another path?

Wondering down the path of evil

Now, let’s consider the definition of evil according to Dr. Zimbardo.

“Evil is the exercise of the power to intentionally harm, hurt, destroy or commit crimes against humanity.”

The Road To Evil, he points out, is a slippery slope. One of the most intriguing concepts to me was that evil is often times not premeditated. It is the mindless taking of the first step to dehumanizing others, and the de-individualization of self (Anonymity) leading to the lack of personal responsibility coupled with the blind obedience to authority. As a result, individuals become uncritical and conform to group norms. Individuals or groups who are passively tolerant give rise to evil through inaction or indifference. This results in the perpetuation of evil.

You may be wondering what this has to do with schooling? As educators, we are called to insert “life lessons” into schooling. It struck me that we have an opportunity each day to teach the lesson of good action vs. evil action in school bullying situations. Bullying in schools is one of the most prevalent problems facing schools today. Yet bullying intervention programs have largely failed and it is fair to say, miserably.

Bullying in schools is one of the most prevalent problems facing schools today.

A 2004 comprehensive evaluation of the effectiveness of anti-bullying programs in schools around the world (Bullying in Schools: How Successful Can Interventions Be? edited by Peter K. Smith, Debra Pepler, and Ken Rigby) found that achievements so far have been modest at best. In some cases, the interventions have been totally unsuccessful.

Why have anti-bullying programs met with so little success? They suggest two important reasons.  More………. 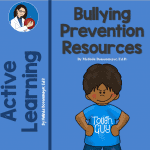 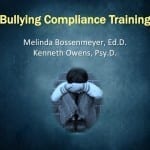