Case Study Could Shape Physical Education Across the Nation

A professional perspective based on Case Study: Lessons from Los Angeles, in the Journal of Public Health Policy (2009)

For years physical educators across the country have advocated for daily physical education for their students. Legislators have joined the bandwagon and passed legislation mandating 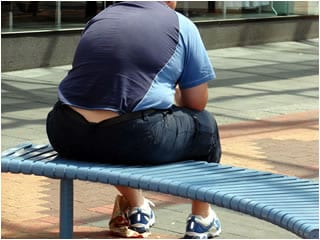 physical education for most K-12 grade students throughout CA and across the nation.

This is one of the best kept “dirty little secrets” in public education. PE is required, but it is not taught. According to the latest School Health Policies and Program Study report (2006)

[i]
only 13.7% of elementary schools, 15.2% of middle schools and astonishingly,,Only 3% of high schools provided physical education at least 3 days per week or its equivalent for the entire school year for students in all grades in the school. [2]

Many parents don’t give physical education a second thought. “Well, sure, Johnny gets physical education. I think.” is a common parental response. But with the childhood obesity crisis, everyone is beginning to take notice as our children’s weight increases and their overall health declines.

School districts cite a variety of reasons for neglecting to provide mandated physical education. A lack of funds, inadequate facilities, and lack of teacher training are among the most voiced reasons. Are these valid reasons for ignoring this crisis?

History of Physical Education and Physical Fitness in America

Little has changed on this battlefront since President’s Eisenhower and Kennedy appealed to the nation on the importance of fitness, as a national security issue, so that the nation’s 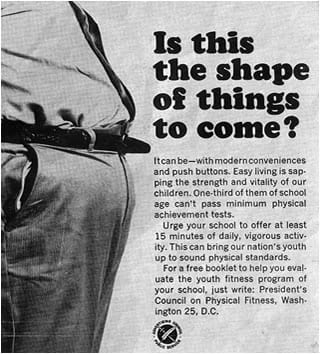 youth would be fit for war. In the years just after World War II, concerns about the fitness of U.S. citizens, especially the young men attracted national attention.

Mechanization had taken many farmers out of the fields and allowed the ones who remained to do much of their work with far less effort. The factories, which had long been highly mechanized, were becoming even more so, and fewer and fewer factory jobs required heavy labor. Outside of work, new forms of entertainment emphasized watching rather than doing.

Note the cartoon foreshadowing of “things to come” and the appeal to “urge your school to offer at least 15 minutes of daily, vigorous activity”, with the promise, “this can bring our nation’s children up to sound physical standards.”[3]

Today we know that research suggests a longer time frame of 60 minutes per day of moderate to vigorous physical activity. The previous statement was part of The Center for Disease Control and Prevention CDC 2004 Guideline.[4]

Turn of the Century/Turning a Corner

Now, a half century later, the nation’s second largest school district has reinvigorated local efforts to bring daily physical education to their students. In Los Angeles Unified School District’s 533 elementary schools, students are again experiencing physical education. This sea change began after the 2006 audit of physical education as part of the School Compliance Review process conducted by the California Department of Education.[5]

A recent article published in Social Science, Equal Justice, and Public Health Policy: Lessons from Los Angeles, in the Journal of Public Health Policy (2009) chronicles a case study of how Robert Garcia, an attorney for The City Project in Los Angeles, and Chad Fenwick, Physical EducationDirector for the Los Angeles Unified School District, took steps to bring about compliance with the public school mandates of offering 200 minutes of Physical Education (each two weeks) in the elementary school to all students.

The City Project (a legal and policy advocacy organization), working with teachers and school officials, is using social science and legal research to promote changes in public policy that hopefully will result in better and more equitably delivered physical education in public schools in Los Angeles, California.

The major goals are, first, to help students learn the skills and knowledge to move more, eat well, stay healthy, and do their best in school and in life; second, to alleviate unfair disparities based on race, ethnicity and income; and third, to engage, educate, and empower people to improve public education and health. This case study shows that academics can work with lawyers and other practitioners, including teachers and organizers, to maximize the impact of their research.

The four pronged approach represents a strategic and highly organized course of action that has four major elements.

Third, in response to the campaign and complaint, the Board of Education of the Los Angeles Unified School District unanimously adopted a resolution to enforce physical education laws.

Fourth, the teachers, attorneys, and school officials are now working on an implementation plan to enforce the physical education laws and resolution, and resolve the complaint. The goal has been to persuade the school district to provide quality physical education without litigation but to resort to litigation if necessary.

Through the combined efforts of all stakeholders including school officials who agreed to work with the teachers’ union and The City Project’s legal team and public policy personnel, litigation has not been necessary to date.

The campaign, complaint, resolution, and implementation plan draw heavily on research published by The California Endowment, a philanthropy committed to improving equity in health in California.

UTLA PE Campaign – The Health of our Children Fact Sheet

Additionally, The City Project relied on studies on health disparities based on race, ethnicity, and income which are relevant for compliance with civil rights and physical education laws. [6]

The following research was cited in the complaint:

Persuading other school districts to enforce physical education requirements has previously proven to be unfruitful and uneventful. But this new strategy, which has played out in Los 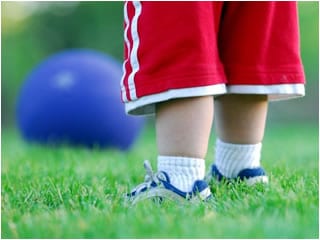 Angeles over the past year, represents a thoughtful and strategic effort by key stakeholders in the community and in the district has packed a powerful punch.

It has leveraged the undivided attention of the part of district officials in an attempt to avoid legal action.

The message from The City Project and LAUSD teachers’ union to school officials is simple: Do you want to get married? And, by the way, we have a gun.

2. SHPPS is a national survey periodically conducted to assess school health policies and programs at the state, district, school, and classroom levels. Comprehensive results from SHPPS 2006 are published in the Journal of School Health, Volume 77, Number 8, October 2007.