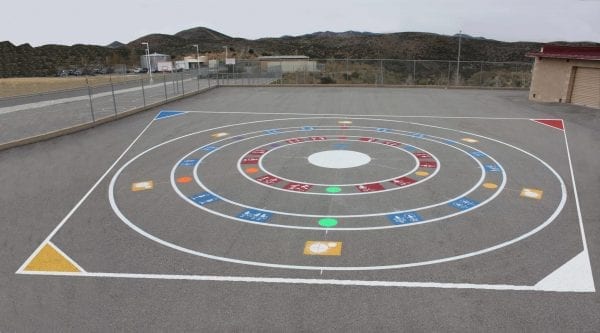 I stumbled upon an article entitled, “How to get fit at home in 20 minutes a day.” Clearly, it sounds doable unless, of course, you have a fitness phobia.

I wondered what those 20 minutes would look like and I found a rather ‘old school’ approach to exercising. By ‘old school’ I mean the part where the workout mimics the warm up we experienced as part of our daily PE class. Remember? Jog in place, 25 jumping jacks, sit ups, push-ups, and mountain climbers, to name a few. Not exactly super motivating when tackled day-in and day-out in PE class.

The notion of a compact, high energy expenditure workout, however, is intriguing. In essence, that’s the philosophy behind Pilates, zumba, and a variety of other workout programs. The overwhelming success of Curves is another example of a compact exercise program aimed at adults. Think of it as a short and sweet recipe that doesn’t add calories.

At about this time, I was approached by Sandy Slade of Skillastics . She inquired about collaborating on a project. You might say it was perfect timing.

We began our journey to create a circuit which would require a high energy workout consisting of fun activities for kids. Given that 30% of children in America are overweight or obese, we set out to develop a system of exercise for children to participate in while at school, the YMCA, or a public park.

It was in combining all the above notions that Fitness Fun Zone was born. The goal was to develop an economical system of fun activities to get children moving. Realizing that in many states schools lack credentialed physical education, we also decided that the fitness system had to be easy to coordinate regardless of a person’s training in children’s movement and exercise principles.

The system was designed for an activity a day, designed around a flexible court where games and exercises could be added or eliminated to combat fatigue and boredom.

The resulting five games and activities make up the core components of the Fitness Fun Zone Program.

The Fitness Fun Zone is configured like a sports court and can be permanently painted on any hardscape, such as asphalt. The best part: no set up is necessary. A minimal amount of equipment makes each activity easy, quick, and hassle-free.

Sandy Slade and I planned the system around the notion that to change a child, we need to change the environment. Relying on a body of research called the “built environment,” they began to identify and design opportunities for children to be physically active in the school environment, a place where they spend most of their time.

The public health research on the built environment goes back to the early 1900s when officials in public health circles recognized that the overall structure of the physical environment can affect a child’s health. For example, whether a child walks or rides to school in a bus or car may make a difference of as much as 20 extra minutes of physical activity each day. The location and distance of a local park has been shown to influence the amount of physical activity children experience, as well.

Public health concerns today center around obesity in general. Public health officials, city planners, urban planners and others are concerned about sedentary lifestyles and chronic illness contributing to overweight and obesity. Years ago, these individuals were concerned with the spread of disease in cramped conditions, and their concern later led to zoning laws and new building codes. It was thought that a change in the built environment would have a positive influence on public health. It did.

The term built environment refers to the human-made surroundings that provide the setting for human activity, ranging in scale from buildings and parks or green space to neighborhoods and cities.

Likewise, Sandy and I theorized that enhancing the school environment with permanent and convenient activities should accelerate the opportunities children have to be physically active in school. Relying on my experience in schools, I shared my learning regarding the importance of permanent markings.

As a physical education teacher, I noticed that children played a new game for approximately two weeks after the game was taught. After that, children seemed to forget their game options. I call this the out-of-sight out-of-mind principle.

FFZ has both physical and nutritional activities.

That’s when I began to collect games and develop markings for them. Testing my theory that children were forgetting their game choices, I began to lay down markings; and violà, children began to play the newly taught games once again.

The result is now the Peaceful Playgrounds Program , which comes with approximately 100 games and activity designs. The program has spread across the nation and is in approximately 8,000 schools.

I theorized that painted markings for fitness activities would have the same effect. They would provide a daily visual reminder of the many choices of activities to participate in. This might be the stimulus needed to remind children to move.  Peaceful Playgrounds won a National Healthy Schools Award for innovative program design in 2011.

Sandy Slade’s background and program are steeped in physical activity. While participating in college athletics, she learned the value of a healthy lifestyle and the importance of exercise. She started Skillastics over 15 years ago, sharing her programs that make physical activity fun through game play. In these games, winning relies on competitive situations where kids roll dice, perform exercises, and move around a large game mat. The Skillastics Fitness Program can now be played outdoors and set up is non-existent, which eliminates another reason to avoid exercise. Skillastics was recently one of 12 small businesses to receive a grant of $250,000 from Chase and Living Social through Mission: Small Business, a great program designed to increase awareness of the important role small businesses play in local communities. Skillastics was one of nearly 70,000 small business entered in the contest.