An alarming educational trend is spreading like wildfire across the nation due to our economic situation. More troubling is the fact that no one is talking about the effect of a shortened school year for students’ academic advancement. 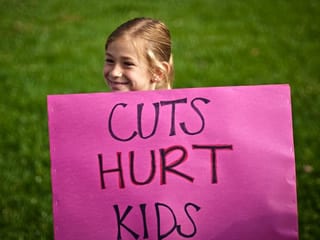 The nation’s second largest school district signed agreements with the United Teachers of Los Angeles to shorten the present school calendar by 5 instructional days, as well as the 2010-2011 school year, exchanging 5 instructional days for “furlough days” along with a pay cut for LAUSD employees.

In California, the instructional year is a minimum of 180 school days

[i]
. In most of the nation, there is little variance in the school year, which requires this 180 days.

Generally speaking, in order to shorten instructional days, a waiver from the State Board of Education is required to reduce the number of instructional days required of every student. In the case of LAUSD, the school instructional year will be reduced by 5 days. LAUSD is used as an example only, for they are not unique in their problem solving of the current budget crisis effecting California as a whole and along with it, its schools.

The Orange County Register (a California newspaper) said furlough days are in vogue. Most districts are attempting creative cost saving strategies to retain teachers in a declining budget environment. In fact, they are acting on CA legislation enacted in 2009, which allows them New Flexibility in Instructional Time (both days and minutes). The CA legislation allows schools to reduce the equivalent of up to five days of instruction time or an equivalent number of instructional minutes.[ii]

Art, music and physical education to take another hit

“Fewer days in the classroom could mean even less time devoted to the ‘non-essential’ curriculum, those subjects that aren’t tested,” said Debra Harris, a researcheratr the Center for Education Policy. “Students will probably spend less time learning about art and music. Even P.E. will take a hit.”

Art, music and physical education have already suffered tremendous cut backs in scheduling and even program elimination in some cases due to the No Child Left Behind emphasis on math and reading.

Never mind what is becoming a compelling body of research linking physical activity to academic performance. The most recent is CDC’s Division of Adolescent and School Health (DASH) release of a new report entitled The Association Between School-Based Physical Activity, Including Physical Education, and Academic Performance

The report indicates that school-based physical activity may help improve students’ grades and test scores and positively affect other factors that influence academic achievement. The report also concludes that adding time during the school day for physical activity does not appear to take away from academic performance.[iii]

Furlough days range from 0 to 17

An important question for any parent is how many furlough days is your school taking? 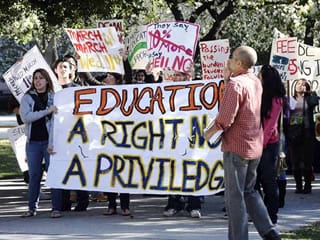 Superintendent Gwen Gross pointed out in an IUSD News Flash on May 28, 2010, that “these moves allow us to make significant strides toward balancing the district budget.” She acknowledged that while the furloughs are certainly not an ideal solution since they compress the instructional year for students and cut compensation for employees. Yet these types of cuts are necessary to help bridge California’s budget gap.

One of the most drastic uses of furlough days to balance the budget was Hawaii’s 17 Furlough Fridays which were a part of this year’s schedule. It lasted one year. Parents, teachers, and other education officials waged a battle to end the furlough days and as a result the Governor agreed to release $57 million of its hurricane funds to cut the furlough days from 17 to 6. In the agreement, teachers would convert six of their planning days – when students are not in school – to instruction time to cover the remaining days.

Hawaii Teachers Association President, Wil Okabe said, “This represents a first step in getting our schools back to a normal academic year.” Okabe said in a statement, “We hope this past year has refocused everyone on the need to give our students and their schools the priority they deserve.”

Who loses? Who wins?

The question becomes, “Does a shortened school year really matter? Is there an effect on academic achievement?”

In my teaching and administrative career, I have first hand knowledge that it does. With the population boom in CA during the 80’s and 90’s, the district I worked for converted from a traditional 180 day schedule to a Modified Concept 6 Year Round Education(YRE) Schedule[iv]. Most Concept 6 YRE schedules have 163 days of instruction and the school day is extended to meet required instructional minutes. The net sum result is 17 fewer instructional days each year.

It was evident after the first year that Standardized Test Scores were on the decline. Sadly, the Scores remained down each year spent on the Concept 6 schedule. This information wasn’t ever revealed to the public at large, but the alarming trend led district officials to abandon the Concept 6 YRE schedule once additional schools were built and other options were available.

The emerging body of research suggests that expanding instructional time is as effective as other commonly discussed educational interventions intended to boost learning.

This chart compares the magnitude of the effect of instructional days on standardized math scores to estimates drawn from other high-quality studies of the impact of changing class size, teacher quality, and retaining students in grade. “The effect of additional instructional days is quite similar to that of increasing teacher quality and reducing class size,” according to Marcotte & Hansen 2010.

As discussed earlier, since most states have previously required 180 instructional days, modified schedules were rare, making it difficult to track the effects of fewer days in a school year. However, snow days and inclement weather days which result in canceled school provide some insight into variance in a schedule’s impact on student achievement.

The research was conducted in 2007 and 2008 when year-to-year changes (in the length of the school year) due to snow days in which school was canceled. The findings indicate that for every day of school canceled, the percentage of students passing the state math assessment dropped by one-third to one-half a percentage point.

The accumulative effect of 10 days either gained or lost is huge. Another way to look at it is that the No Child Left Behind Act required that schools show annual yearly progress (AYP) of 10 points. The above research indicates that a swing of 3-5 points could happen by shortening or lengthening the school year. Clearly more data should be collected on this phenomenon but on one can argue that current research indicates the “furlough days” will negatively impact student achievement.

The United Federation of Teachers (UFT) has developed a TV ad[vi] on school budget cuts for use in the nation’s largest school district New York City Schools. Their message conveys that the goal of their campaign is simple: “Protect kids. Stop the Cuts. Save our kids.”

They claim that if funding cuts are allowed to be realized, “class sizes will skyrocket, tutoring and after-school programs will be eliminated, and great teachers will be laid off.” Very few can argue with the validly of that statement.

The website identifies a call to action for their members. “Our kids don’t get a second chance at a good education. That’s why we should all be working together to block cuts and prevent layoffs.”

It Could Get Worse

Georgia State School Superintendent Kathy Cox is leaving her post in a few weeks. Her criticisms of state cuts to education included a statement that Georgia’s legislature only approved the funding for 147 days of the mandated 180-day school year[vii].

It seems local communities will be required to pay for the 33 remaining days. Some would argue that the 33-day shortfall is not an example of “negligence to pay” but rather the state education budget shortfall. Perhaps she is applying “new math” principles. Still, others worry is this the beginning of a 4-day school week?

One public comment on the topic is “We don’t need no education. That’s for them high affluent states.” Perhaps this comment is the type of commentary we will expect to see in the future, following this trend of shortening the school year.

In any case, the question becomes “Is this savings we can really afford?”